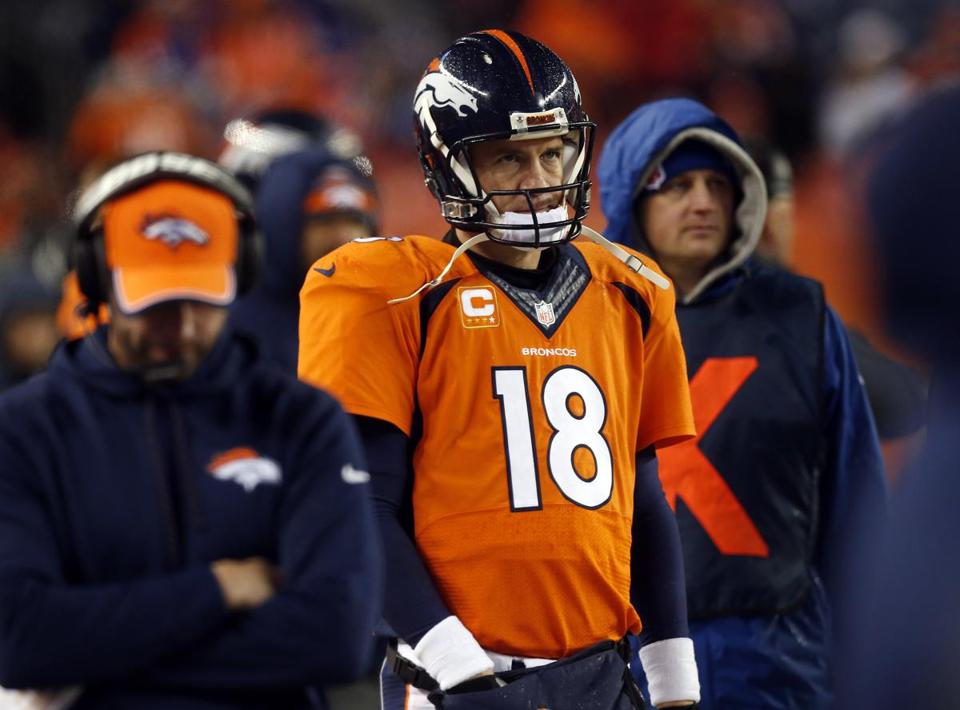 Last season we witnessed a very sharp decline in the ability of Peyton Manning, especially in the second half of the campaign. Old age? Natural drop off? Not according to Manning himself.

According to Manning, he caught a stomach bug he couldn’t shake off before the playoff game, and that’s why he and the Broncos looked so bad. The Broncos, despite home field advantage, lost 24-13 to the Indianapolis Colts in the playoffs, with Manning completing just 56.5% of his passes for 211 yards and a touchdown, posting a 75.5 passer rating.

But that wasn’t the only bad game by Manning that season. From posting a passer rating of 110 or more in seven of the first nine games, Manning ha7 one over 90 only twice the rest of the season. A stomach bug doesn’t last that long, but getting older, and your body starting to let you down, does.

Head coach John Fox was fired at the end of the season. The Broncos did try going in a more run-focused approach in that time and in the playoffs, but C.J. Anderson wasn’t how the Broncos were planning on winning the Super Bowl.

We’ll know a lot better about why Manning looked so bad in the second half of last season. He took a different approach to his preparation this season, including changing his diet, but even improving the way he gets ready for a season can’t beat father time, and when you’re the oldest starting quarterback in the league, it’s not surprising to see the magic, at some point, run out.