The UFC Raleigh or Fight Night 166, brought many interesting fights, but the biggest one was between Curtis Blaydes and Junior dos Santos.

Razor Makes Another Step Towards the Belt

Unlike many expected, the American fighter posted a win here thanks to his standup skills, not because of wrestling as he usually does. Dos Santos had a few excellent takedown defenses, and it seemed that “Cigano” might restrain Blaydes, but eventually, that didn’t happen.

One vicious overhead right was all that needed to see the Brazilian’s defense falling apart, and right after that, Blaydes stormed after dos Santos, unleashing a fury of punches and strikes forcing the judge in the ring to stop the fight.

This was his third win in a row, after losing to Frances Ngannou back at UFC Fight Night 141 in Bejing. Blaydes’ only defeats were against Ngannou, who TKOd the Razor twice during his career.

After the fight, Blaydes stated that he feels ready to take the shot at the title, and that he thinks he deserved it. But having in mind that he lost both times against the Predator, the prospects of seeing him taking a shot at Stipe Miocic before the French fighter, are pretty low.

All three judges scored in his favor, and Chiesa really did have the control of the match throughout the entire bout.

The winner stated that he wants to fight Colby Covington next and that he intends to have that fight in July. It is up to Dana White and the UFC to see whether that fits in their plans. 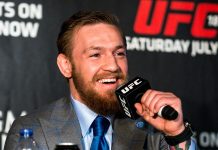 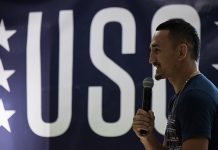 What is Next for Max Holloway? 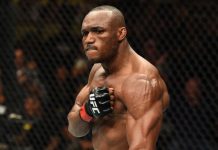 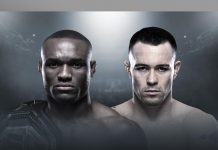