This has been a weird season for the Chicago Bulls. A team built without thinking about the future or about the now, that fell apart along the way only to be put together near the end. This might be over with a playoff appearance, but in the long run, losing to the worst team in the NBA that’s going to rest six rotation players could be the best thing for the Bulls.

Quite the conundrum. But the Bulls are a team that maintain an appearance of avoiding the tank. Otherwise, what was all that about signing Dwyane Wade and Rajon Rondo at the beginning of the season, while not forcing a Jimmy Butler trade? The Bulls dysfunctional duo at the top of the pyramid, Gar Forman and John Paxson, wanted to make the playoffs at the end of this season. They might just get their wish, although this would be redefining the happy ending scenario.

If anything, this resembles some of Tom Thibodeau’s Bulls teams, fighting through a plague of injuries to make the playoffs, defying the “common sense” that’s plaguing the NBA in some parts. The same logic that sometimes spirals teams into years of missing out on the postseason while betting everything on lottery balls matching a talent that hopefully will develop, and quickly, into a franchise-changing player, in a small or big way. 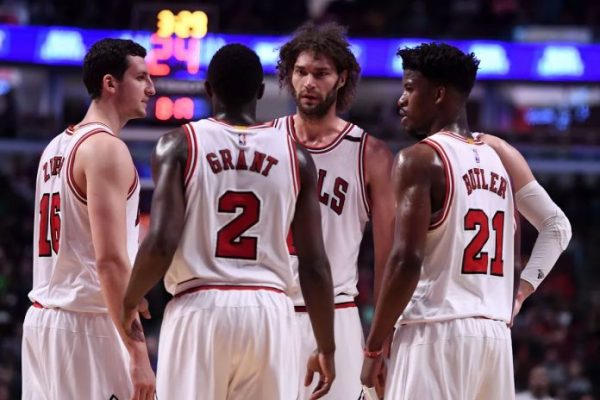 The Bulls might not do it smoothly, sympathetically or smartly, but they’re on the other side of the fence. Of teams building or retooling in progress, without halting everything and pushing the reset button. It goes against the wisdom of “championship or bust”, and it puts pressure on the team’s front office to find and deal talent through narrower windows while relying on player development of less heralded college stars. But who says it’s the wrong way of handling things?

Whatever happens in the postseason, if the Bulls make it, this season is a success. A small one, but enough. It puts the team on a certain direction again, even if a rocky one. It doesn’t throw the team into another offseason of thinking about disbanding the whole group and starting anew, especially if they land a big name in the draft. The Bulls have a semi-solid foundation to work with, which might not be enough to sweep the table this season or win a championship next year, but there’s room for progress without too many unknowns clouding the vision of the future.

The Nets, with the kind of players they have available for the game (Jeremy Lin, Brook Lopez and Trevor Booker won’t play), are practically begging the Bulls to win the game and make the playoffs. Chicago can lose and still get in if the Miami Heat lose too, and even have the option of finishing 7th depending on what the Indiana Pacers do (lead the Bulls by 0.5 games but lose the tiebreaker). But the challenge thrown by Kenny Atkinson to players who need to show they deserve a contract in the NBA could make this more difficult than predicted for the Bulls. The Bulls lost to Brooklyn by one pointless than a week ago. This season ending in defeat and leading to a surge of doubts and questions is within the realm of dreaded possibilities. 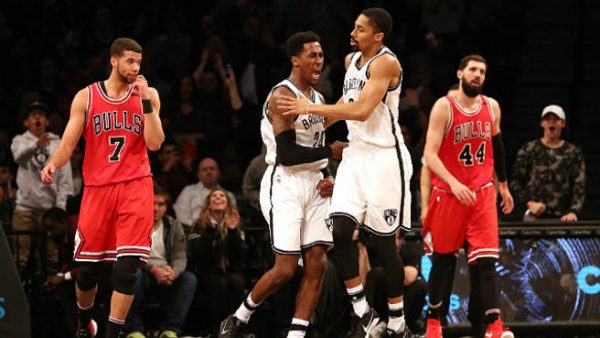