With 35 points in game 5 of the Eastern conference finals, LeBron James didn’t just lead the Cleveland Cavaliers to another NBA finals, he went past Michael Jordan on the NBA’s all-time playoff scoring list, positioning himself at #1. It’s a good opportunity to check out the current top 10, and where current players stand in comparison to the all-time greats. 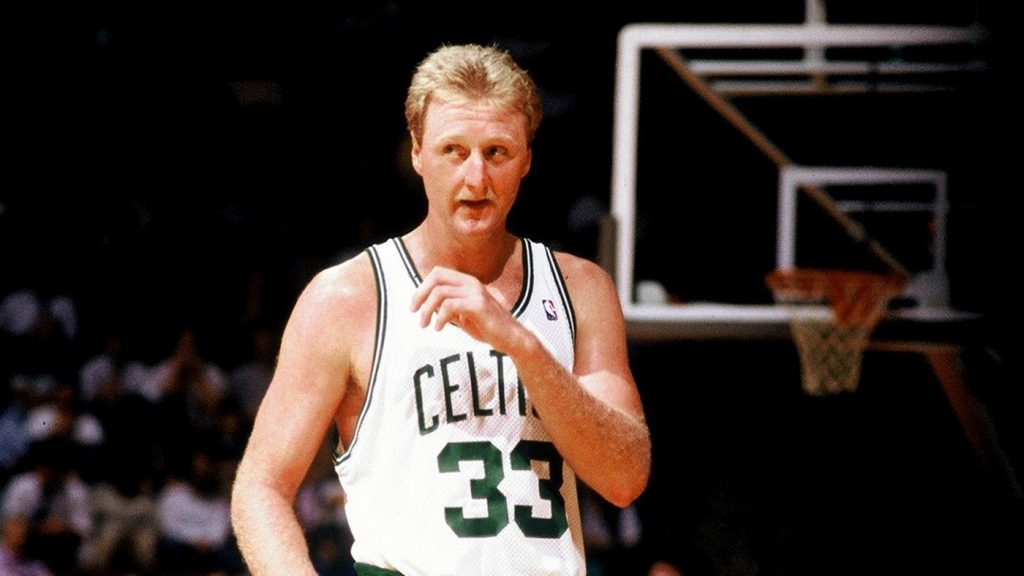 A 3-time NBA champion, 3-time MVP and 2-time Finals MVP, Larry Bird made his entire career playoff run with the Boston Celtics, playing in the postseason in 12 out of his 13 seasons. He averaged 23.8 points per game (25th all-time), and his most impressive postseason in terms of scoring came in 1984 (winning the championship against the Lakers), averaging 27.5 points through 23 games. 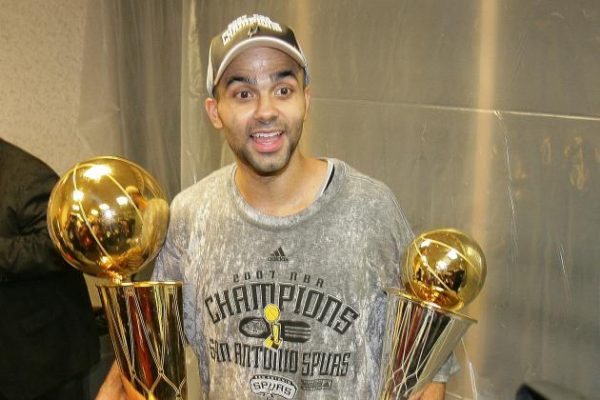 One of two active players on this list, Parker has four NBA championships with the San Antonio Spurs, winning the Finals MVP in 2007. Parker has played in the postseason in each of his 16 seasons in the league, all with the Spurs. His career playoff average of 18.2 puts him at 103rd all-time. In the team’s championship run of 2007, Parker averaged 20.8 points per game. 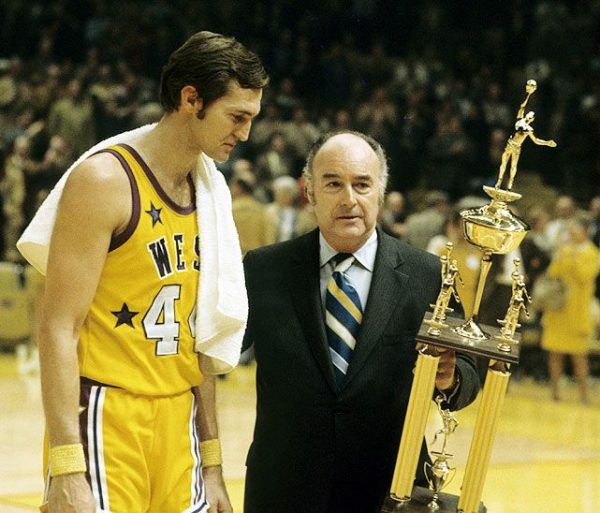 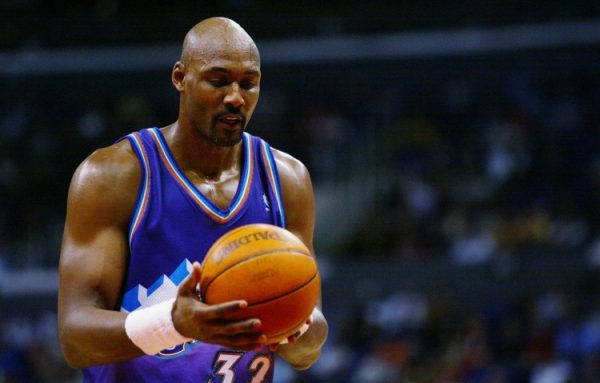 Malone is the only player on this list without an NBA championship or Finals MVP, losing in two Finals back-to-back to the Chicago Bulls. Malone averaged 24.7 points through 193 games in the postseason, 17th all-time. His most impressive offensive postseason was in 1992 (16 games, losing to Portland in the conference finals), averaging 29.1 points per game. 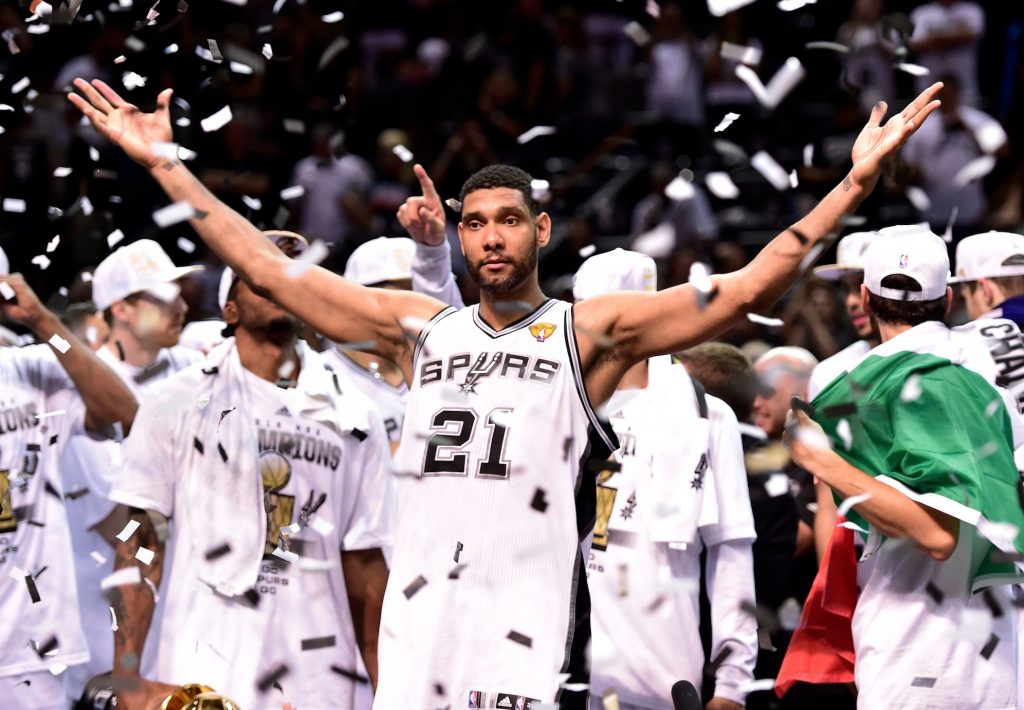 Duncan brings us into the 5000 playoff points club, to go along with his 5 NBA championships and 3 Finals MVPs. Duncan played in the postseason in all but one of his 19 seasons with the Spurs. His 20.6 points per game in the playoffs through 251 games is 54th all-time. His 24.7 points per game in 2003 (winning the title against the Nets) is his most impressive scoring run in the playoffs in my opinion. 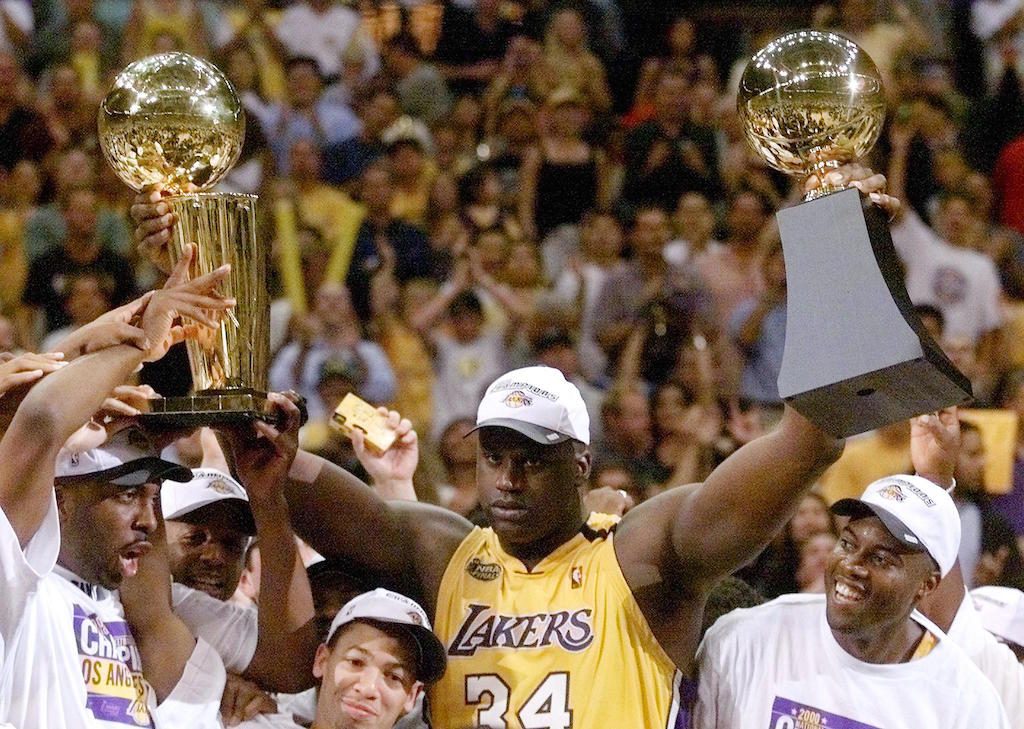 Shaq is a 4-time NBA champion (3 with the Lakers, 1 with the Heat) and a 3-time Finals MVP, all in a row, all during his Lakers three-peat. He averaged 24.3 points through 216 playoff games, 22nd best all-time. He averaged over 30 points in the postseason twice, including 30.7 points during the Lakers first championship run in 2000. 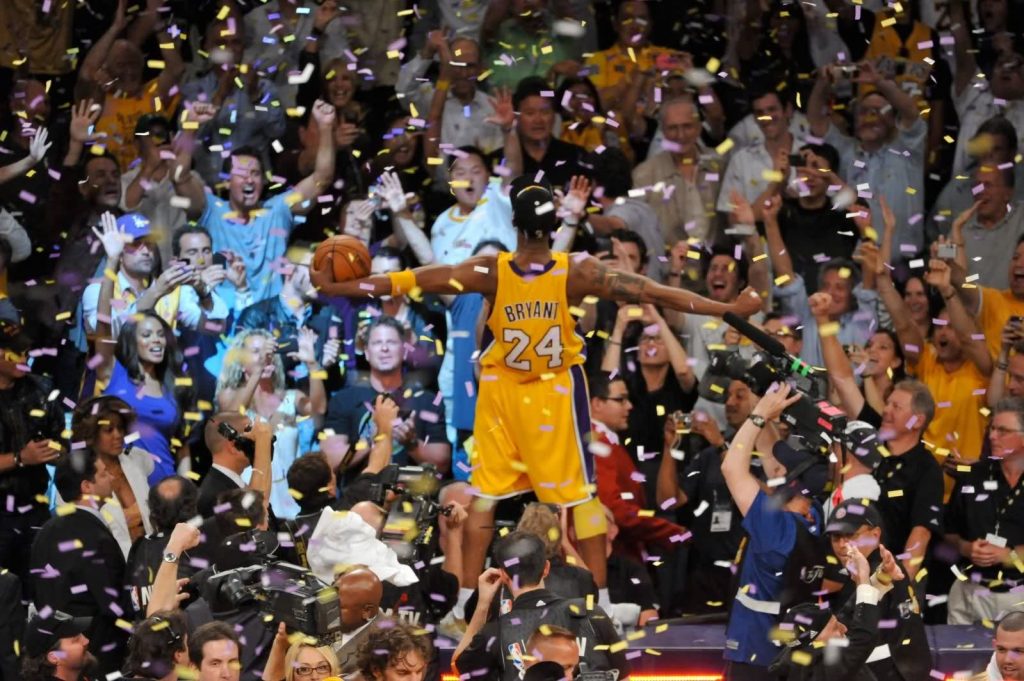 Bryant is a 5-time NBA champion and 2-time Finals MVP. He played his entire career for the Los Angeles Lakers, appearing in the playoffs 15 times out of his 20 seasons. Bryant’s 25.6 points per game in 220 playoff appearances is 11th on the all-time list. His most impressive playoff scoring run was in 2009, averaging 30.2 points en route to a Finals win over the Magic. He averaged 30 points or more 5 times in his playoff career. 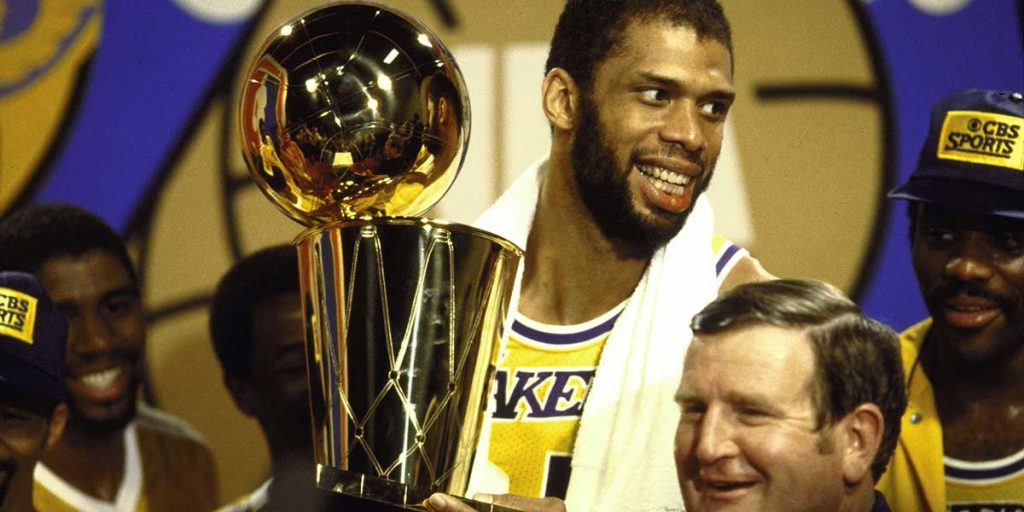 The all-time leading scorer in regular season points is only 3rd on this list, with 6 NBA championship (5 with the Lakers, one with the Bucks) and 2 finals MVP. His 24.3 points through 237 games is 21st on the all-time list. Kareem averaged 30 points or more in four postseasons, including 31.9 per game helping the Lakers win a championship in 1980, beginning their decade of dominance. 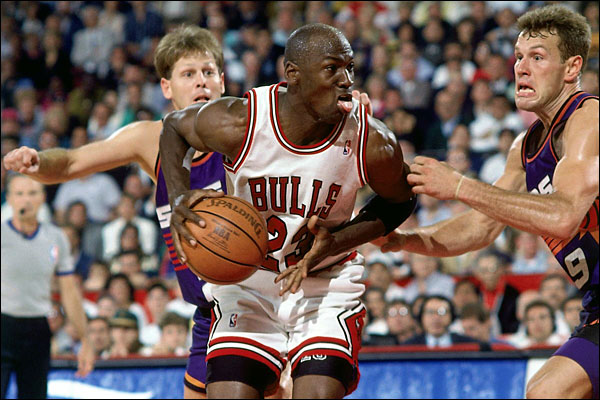 6-time NBA champion, 6-time Finals MVP. Michael Jordan was the all-time leading scorer in playoff points for two decades, until James came along. Jordan’s 33.4 points in 179 playoff games is the best in NBA history, averaging in all but one postseason run (his rookie year). His most impressive? To me, probably his 35.7 points per game in the 1993 playoffs, ending with a championship against the Phoenix Suns. 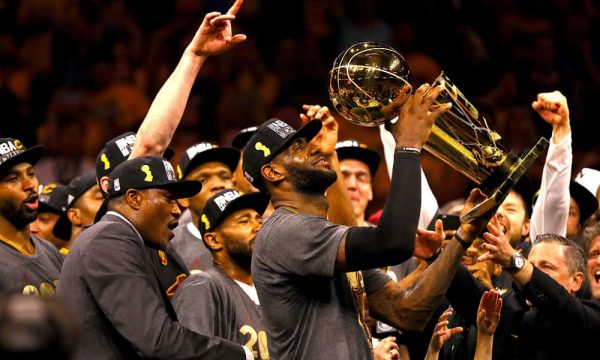 Currently, James is 5th on the all-time playoff points average list with 28.25, including close to 33 points per game in the 2017 playoffs so far. A 3-time champion and 3-time finals MVP, James has 5 playoffs with 30 points per game or more. His most impressive run? 30.3 a night to lead the Heat to the 2012 championship, which was also his first.

Kevin Durant is averaging 28.44 per game in his playoff career, 4th all-time. Stephen Curry isn’t far behind with 26.16, 8th best all-time. Damian Lillard is 18th with 24.58 per game but without titles or deep playoff runs. Kyrie Irving, only in his 3rd postseason, is averaging 23.13 points.