LeBron James in the NBA Finals Through the Years

It’s hard to imagine the NBA finals without LeBron James, partly because there have been so few without him. He’s about to play for the championship once again, a 7th consecutive time to be exact. He’s been able to build quite a legacy with some interesting narratives over the years, not all of them positive.

Not many people remember that James, into his 4th NBA season, led the Cavaliers to a surprising NBA final, getting past the Washington Wizards (in a sweep), a tough New Jersey Nets team and an even tougher Detroit Pistons team, which included James pulling off a few historic performances, including 48 points in Detroit in game 6. But in the final stood the San Antonio Spurs, who ended up sweeping the Cavaliers, never allowing them more than 100 points in any of the games. James averaged 22 points on 35.6% from the field. It felt like it was only the beginning, and this was the first of many finals with the Cavaliers, and that the championships were a year or two away. 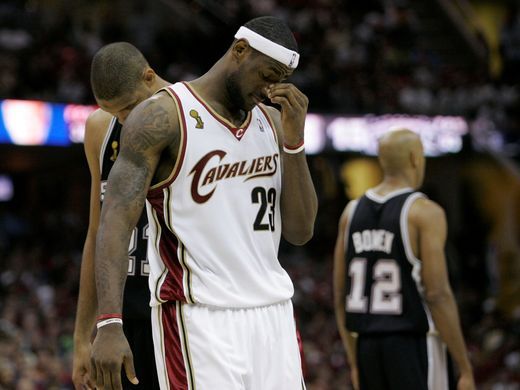 A few things happened in between these two NBA Finals appearances. James won the MVP two times, and led the Cavaliers twice to the best record in the league. However, he couldn’t get past the Boston Celtics or the Orlando Magic, and with the Cavaliers unable to build a strong enough team around him, James left to the Miami Heat, teaming up with Dwyane Wade and Chris Bosh, and then promising quite a few championships. 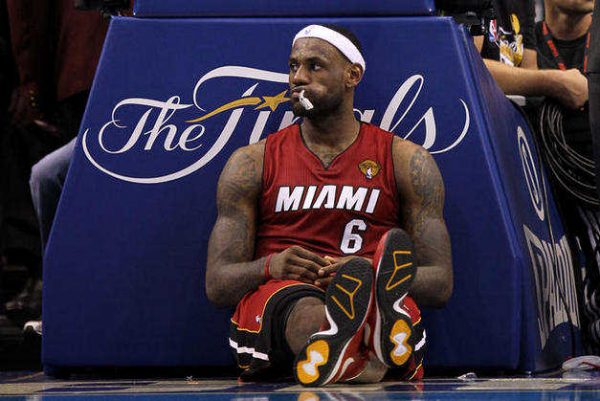 Things didn’t go smoothly, but the Heat looked impressive in the playoffs, including knocking off the #1 seed Chicago Bulls in 5 games. Then came the Dallas Mavericks and Dirk Nowitzki. The Heat took a 2-1 lead despite James playing s0-so basketball, especially in the fourth quarter. From there? The Mavericks did a great job on him, while the Heat never figured out who to play on during crunch time. They lost 3 consecutive games, and the nation rejoiced in the failure of James almost one year after the Decision 1.0. 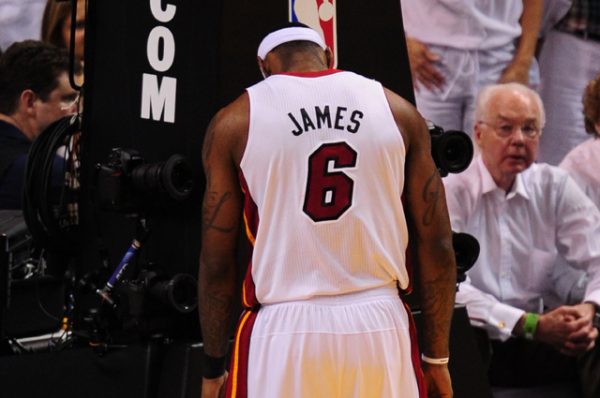 The best of James in the 2012 NBA playoffs came during the series against the Boston Celtics, and a bit vs the Indiana Pacers. With Chris Bosh injured and Indiana taking a surprising 2-1 lead, James & Wade took it up a notch. With the team down 3-2 in the conference finals against the Celtics, James took it up a notch with 45 points in the Garden before scoring 31 to close it out. Many don’t remember this, but the Heat were underdogs, without home court advantage heading into the finals against the Thunder. They lost game 1. But 32 points from LeBron in OKC turned the tide, and the rest felt quite smooth and natural en route to a 1st Finals MVP and NBA championship. 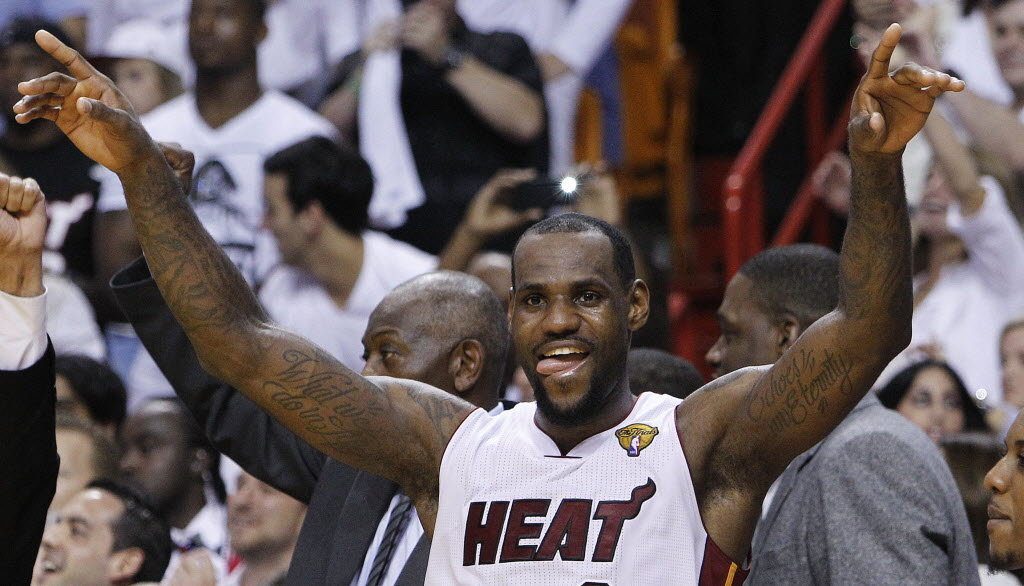 The Miami Heat were the best team in the NBA through the 2012-2013 NBA Season, and getting to the NBA finals with home floor advantage made a world of a difference. It also made a difference when they needed to beat the Indiana Pacers in a tough, 7-game conference finals. It was a weird series against the Spurs. It started with the Spurs stealing game 1, and the Heat blowing San Antonio out in game 2. The Spurs won by 36 points in game 3, the Heat won by 16 points on the road in game 4, and the Spurs won by 10, going back to Miami, needing to win one of 2. 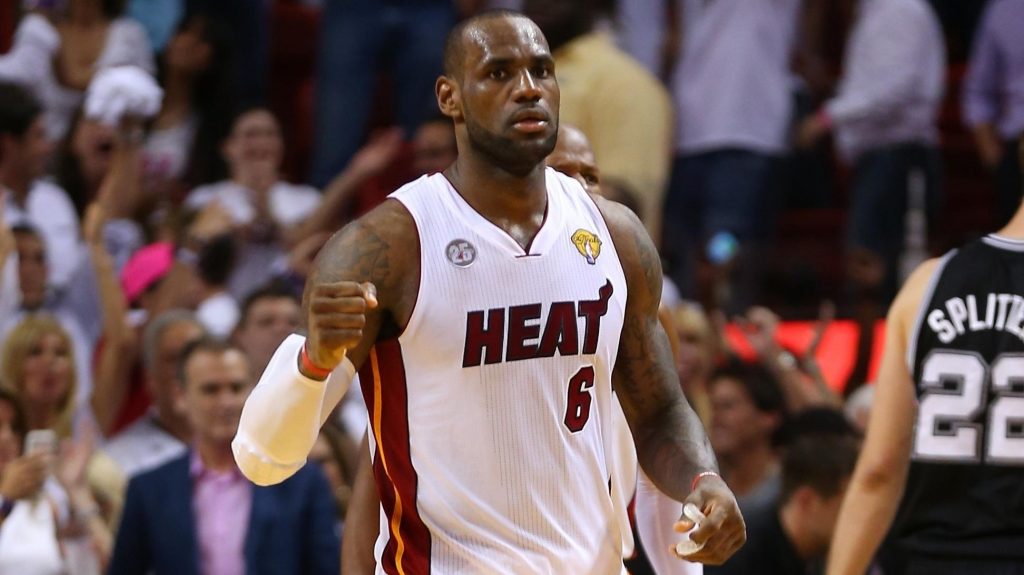 Many remember Game 6 because of Ray Allen’s 3-pointer to save the game, the series and the title, but James did score 32 points in that game, finishing with a triple double. But no one forgets his performance in game 7, including the clutch shot over a slightly-too-late Kawhi Leonard, finishing with 37 points in 45 minutes en route to a 95-88 win, 2nd consecutive NBA championship and back-to-back Finals MVP awards. 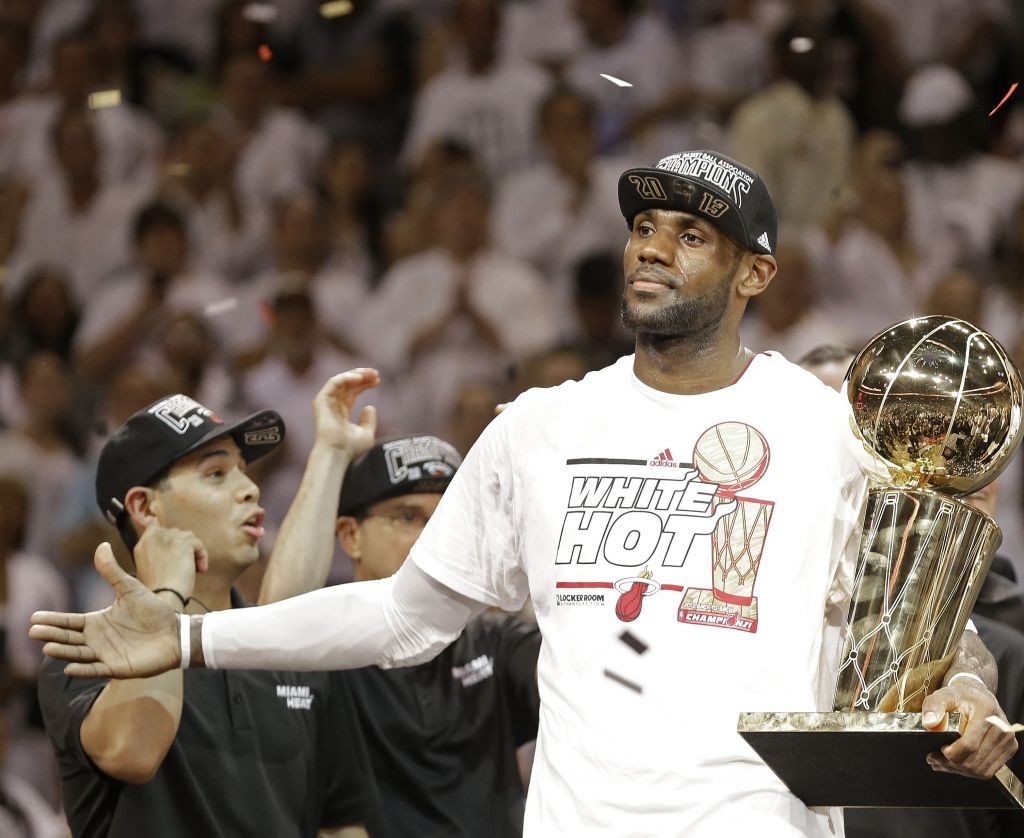 The Miami Heat didn’t finish with the best record in the East in 2013-2014, when it looked like the group around James was a step slower than before. Dwyane Wade was now more injured than ever, and the magical basketball of 2013 wasn’t there. The Heat didn’t let the Pacers get in the way, overcoming them in 6 games despite not having home floor advantage. In the finals, game 1 will be remembered for James’ cramps just when it felt like the Heat would steal game 1. The Heat won game 2, but that as far as they went, as the Spurs played close to perfect basketball. Maybe it was the way Pat Riley treated him or perhaps what that series taught James about his team. He left the Heat in the summer, returning to the Cavaliers. 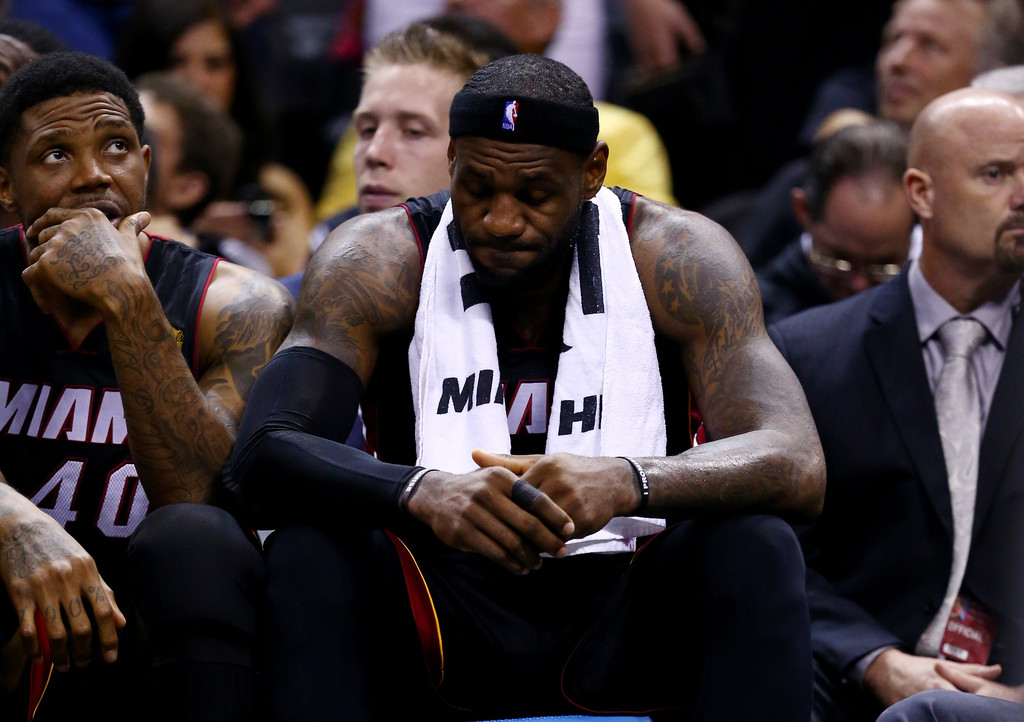 The first season back in Cleveland wasn’t as smooth as some expected. But after a two week hiatus for recovery from injury, James returned to take the East by storm. The Cavaliers took the playoffs by storm as well, but lost Kevin Love in the first round series to the Boston Celtics, and then Kyrie Irving in the first game of the series against the Golden State Warriors, during overtime. Remarkably, the Cavaliers took a 2-1 lead with James shouldering a lot of the load (79 points in games 2 and 3 combined). But from there, the Warriors showed their depth and quality by winning 3 in a row. James finished that series with 35.8 points per game, but he shot under 40% from the field. 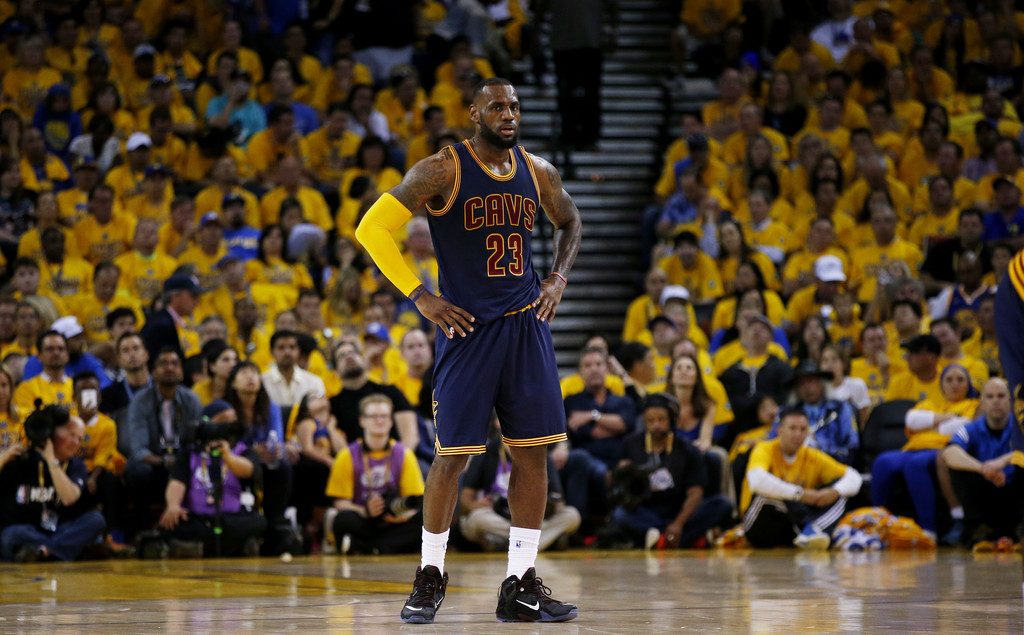 The 2016 NBA Finals took a lot of twists and turns. The Warriors led 2-0 after two wins by a combined 48 points. They led 3-1 after winning by 11 points on the road in game 4. But game 5 happened, and then quicksand for Stephen Curry, Klay Thompson and the rest. James closed out the series with 41 points in game 5, 41 points in game 6 and 27 points in game 7, including a block on Andre Iguodala that saved the day and the championship ring, while Kyrie Irving hit one of the ballsiest shots in NBA Finals history. 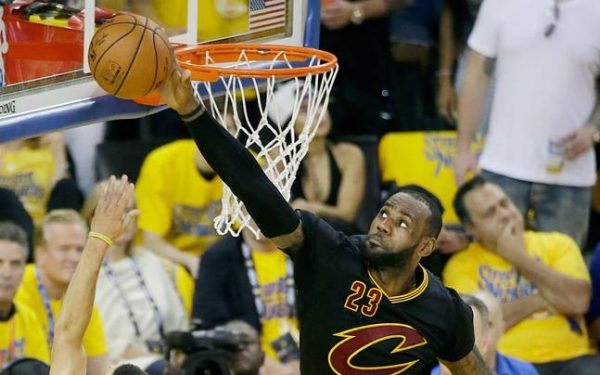 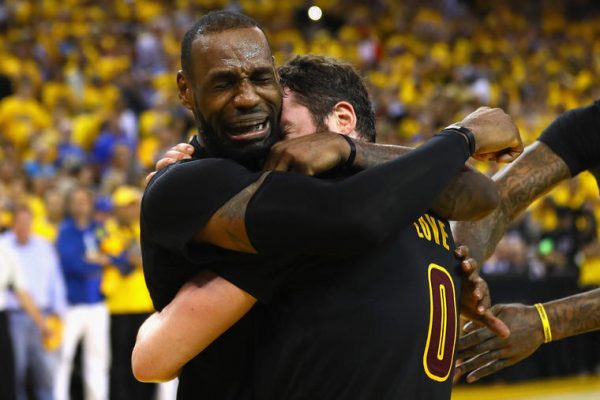