Derrick Rose – If You Haven’t Given Up on Him, It’s Time 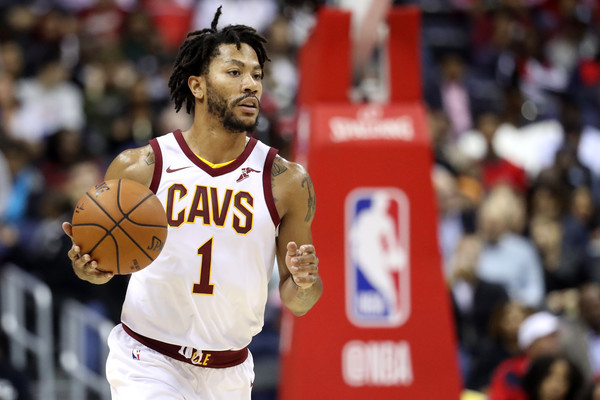 Derrick Rose seems to want to come back to basketball. Until he doesn’t want to play. And even if he really does, he has another injury, this time a bone spur in his ankle, which could heal through rehab, but might need a procedure to deal with. Depressing, but predictable.

As a Chicago Bulls fan, I’ve been constantly duped by Rose. Not by him personally, but by his early achievements and ability. No matter what happened to him during his career, it always looked like all he was needing was a break; a stroke of luck to go his way. An injury-free season, and he’ll be right on track.

His numbers last season, despite the sometimes lethargic look and zero effort on defense, not to mention going missing for personal reasons, suggested to me that given the right situation, Rose can flourish. Not as an All-Star, but as a productive player, who looks like he’s enjoying his role and the game.

Rose, in 7 games with the Cavs through their horrific start to the season (which has since drastically changed), averaged 14.3 points on 47% from the field and an impressive 90.5% from the line. He didn’t pass the ball, he didn’t shoot well (or a lot) from beyond the arc. He just drove to the basket and scored at pretty much the pace we’ve been used to seeing from him over the years.

But then he got injured, and then we heard he stepped away from the team to reevaluate his relationship with the game, or something along that line. And now he’s back from his hiatus, but injured. And the Cavaliers look great without him. Not that they couldn’t use him, but he might not be in a state that’s enough to help them. Not now, not further down the line.

Rose is going to be an MVP that doesn’t make it into the hall of fame, which will probably be a first. Maybe the only. Injuries have robbed great players of fulfilling a great destiny before, and it’ll happen again. For Rose, his unique combination of bad luck with injuries and his lack of commitment to the sport (for understandable reasons) mean that there’s no reason left to believe he’ll be meaningful in the NBA ever again.