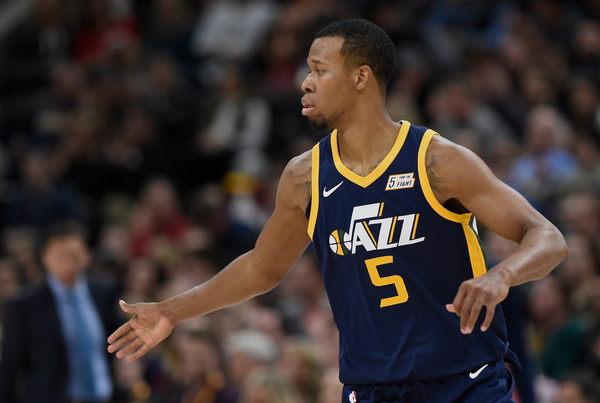 With the trade deadline approaching, despite projections of it not being an overly active one, there is some subterranean action going . One of the players who could be on the move very soon is the Utah Jazz’ Rodney Hood, with interest coming from the Chicago Bulls and Detroit Pistons.

Hood, and pretty much every Jazz player not named Rudy Gobert and Donovan Mitchell, is on the trading block without the team making it much of a secret. Approaching the end of his rookie deal, Hood is averaging a career best 16.7 points per game in only 28.3 minutes a night, while shooting a career best of 38.6% from beyond the arc. His usage ratio has risen to 27.7% while his team metrics like defensive box score and win shares have dropped, but Hood is certainly looking for a big payday pretty soon, which the Jazz aren’t that happy to oblige to considering their other obligations.

The Bulls are another team looking to trade players in order to improve their stance for the future without losing sight of a high draft pick this season. Nikola Mirotic has been linked with the Jazz for quite some time, but so far the Bulls seem unsatisfied with what they’re being offered. Mirotic has another year on his deal after this one, and the Bulls are hoping to capitalize on his strong return from his facial fracture before teams grow cold on him.

The Pistons are another Central team looking for some changes. Their recent form has seen them fall out of the top 8 in the East, resulting in Avery Bradley, a free agent at the end of the season, being announced as available for trade. Bradley has been a disappointment this season despite averaging 15 points per game, as the Pistons tend to play worse when he’s on the floor. Hood for Bradley sounds like a trade that doesn’t change much for each team, but Hood is better offensively, worse defensively, younger, and his extension won’t be as costly. Bradley made $8 million this season. 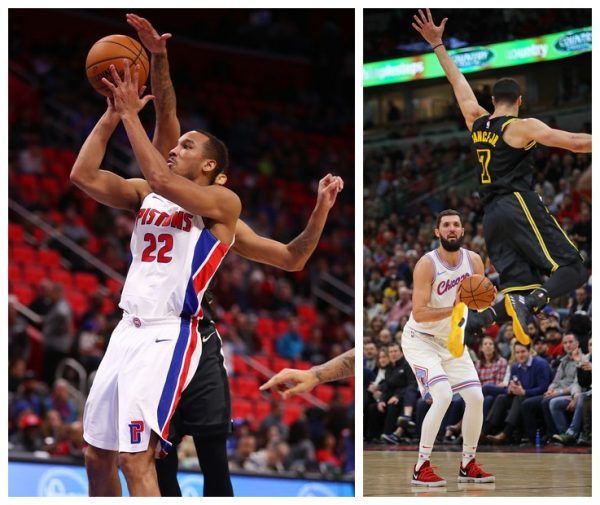 It seems the Lakers are also in the mix for Bradley (Jordan Clarkson being offered), which suggests the Bulls-Jazz connection will remain the strongest one as we approach the deadline. Hood was a 23rd overall pick after playing for Duke in college. He has averaged 13.1 points through 224 games, averaging 27.7 minutes per game.