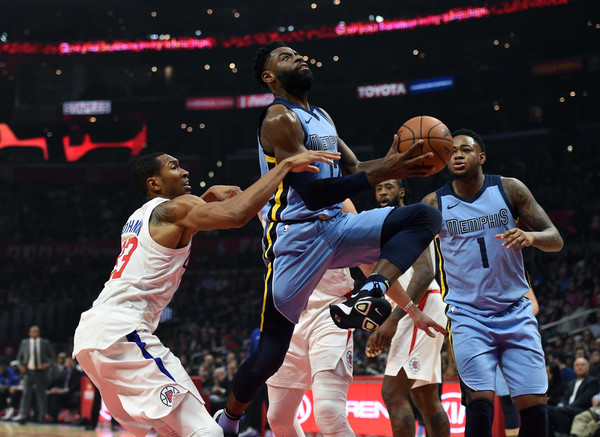 The hottest name right now as we approach the trade deadline is that of Tyreke Evans. The Memphis Grizzlies are engaged in talks with the Boston Celtics, Miami Heat, Philadelphia 76ers and Denver Nuggets regarding the shooting guard.

Evans is enjoying a fantastic season in the dumpster fire that are the Grizzlies in 2017-2018, averaging 19.5 points, 5 rebounds and 5 assists per game – his best numbers since his rookie year, overall and per minute. He’s been playing at shooting guard most of the time (76%), and considering his level of play and the fact that he’ll take up only what remains of his $3.3 million, 1-year deal, he’s probably worthy of a first round pick.

And that’s probably why this deal hasn’t been closed yet. The Grizzlies want a first rounder and perhaps a young player (which might be pushing it), and no one is willing to give them one. It makes sense: The Miami Heat can’t trade a first round pick that’s earlier than 2023, while the other teams, even the Boston Celtics, don’t seem to be in a 100% “trade-to-win” mode. The Celtics and the Sixers still have extra first round picks to use, but don’t seem to be in too much urgency to use them. The Celtics are even shopping for another first round pick by putting Marcus Smart’s name out there.

In the end, with the Grizzlies in no rush and the other teams still with something to play for and certain assets to use, a trade will probably be made. The Heat might include Justise Winslow in the deal, but it’s not going to happen without a first round pick making its way to Memphis. The Grizzlies, after years of refusing to hit the reset button, have finally stepped out of mediocrity only in the wrong direction. Now is the time to horde picks, and give up on players that won’t be part of their future. Evans, playing for a long term deal, would like to make the playoffs for the second time in his career.