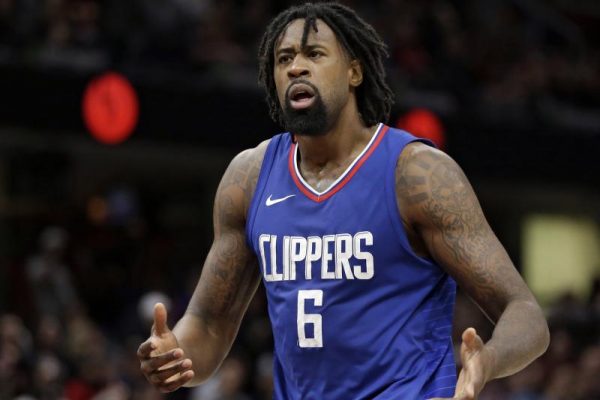 Not too long ago, around the start of the season, it seemed logical for DeAndre Jordan to opt out from the final year of his contract with the Los Angeles Clippers and land a massive deal in free agency. But the ways of the market and his appeal as a player are probably directing him towards hitting free agency only in 2019, and opting in for next season.

Jordan has one more year left on his deal worth $24.1 million. While the salary cap was going through its big bounces over the last two years, it seemed reasonable for Jordan, a two-time All-Defensive first team selection, to opt out and go for a massive 4-year contract in a league that doesn’t have a lot of good centers.

However, things have changed for Jordan, the Clippers and  the teams that Jordan was linked to way ahead of time. All of the teams that should have cap room to sign Jordan on a max contract, such as the Brooklyn Nets and Philadelphia 76ers, aren’t interested in adding an expensive center. He either doesn’t fit the scheme (Nets), or they simply have someone else (Sixers).

Rumors also suggest that in an open free agency field, Jordan might not get more than what he’ll be making next season. All that indicates that Jordan will opt into his final year with the Clippers, and become a free agent in 2019.

The 29-year old center is the only one left rom the short lob city run alongside Chris Paul (Rockets) and Blake Griffin. The Clippers (30-26) are fighting for a playoff spot, currently 9th in the West. Jordan is averaging 11.8 points, 15 rebounds and 1 block per game. He was linked to several trades before this year’s deadlines, but eventually stayed to complete his 10th season with the Clips.