For the second straight time, Russell Westbrook averaged a triple double in the regular season, which meant nothing come playoffs, as the Oklahoma City Thunder lost, this time with home court advantage, and got knocked out in the first round.

Westbrook had another one of those nights in which he was blind to everything around him. He played 44 minutes, scored 46 points on 45 field goal attempts, 19 of them for three, and was 50% (3-for-6) from the line. This came after a 45-point effort on 39 shots the game before, which kept the Thunder alive for one more game. But in the end, the Utah Jazz advanced, winning 4-2 in a testy series that highlighted every single problem the Thunder had during the season, which many predicted would come to haunt them during the season.

We’ve already discussed the fall of Carmelo Anthony. In the Thunder’s trio of stars, he is certainly the weak link; he got benched in key moments in both games 5 & 6 which benefited the Thunder. Not enough in their knockout game, putting in an anemic performance with 7 points and the worst +/- on the team. That was better than Paul George, whose Playoff P monicker didn’t live up to the hype. He was 2-for-16 from the field, 0-for-6 from three. Probably hit last game in Thunder uniform; not one to remember.

Westbrook’s numbers have always been impressive; more so without Kevin Durant by his side. But Durant is probably the only player that has been able, even if indirectly, to somehow have a restraining influence on Westbrook. His stat chasing has been well document on film and not just in box scores, and when it comes to the eye test, it’s clear that what Westbrook considers to be the best decisions at any given moment have nothing to do with what’s best for the team. It’s just something that occasionally overlaps. 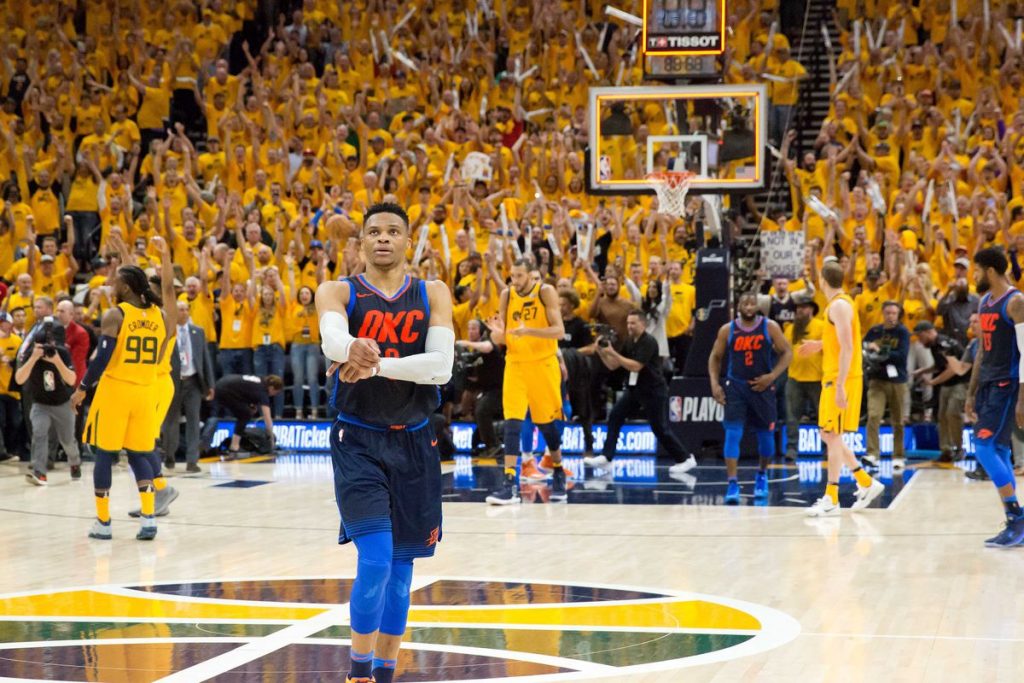 The Thunder threw their dice on Westbrook the moment Durant stabbed them in the back and left. It meant the team remained competitive and avoided the dreaded rebuild which would have cost them their newly appointed head coach. But Billy Donovan hasn’t showed he can make Westbrook, or a group of ball-hungry superstars work together in an offense that is more than just different variations of isolations and hero ball.

Westbrook signed a 5-year, $205 million extension through the 2022-2023 season (the last one a player option), which includes making $35.3 million next season, $38.1 million in 2019-2020, $41 million in 2020-2021 and $$43.8 million in 2021-2022. Then there’s the $46 million player option, which doesn’t sound like something you opt out of. It’s hard to predict where the salary cap will be so far ahead in the future, but for a player that doesn’t make other better around him and is turning out to be the wrong choice to build a championship-aspiring team around, that seems like a potential salary cap killer.

After 10 years in the NBA, it’s clear that the problem is Westbrook, not everyone else. Unwilling to compromise, unwilling to change; just like teams found out about Carmelo Anthony, Westbrook is not the franchise player to build around in the championship-or-bust era. A marquee star for the market? Sure. Someone who’ll probably get you in the playoffs regardless of what’s around him? Probably. But anything beyond that takes a certain combination that the Thunder don’t have, and won’t have unless they land someone in the caliber of Kevin Durant, and that kind of player doesn’t come along too often. 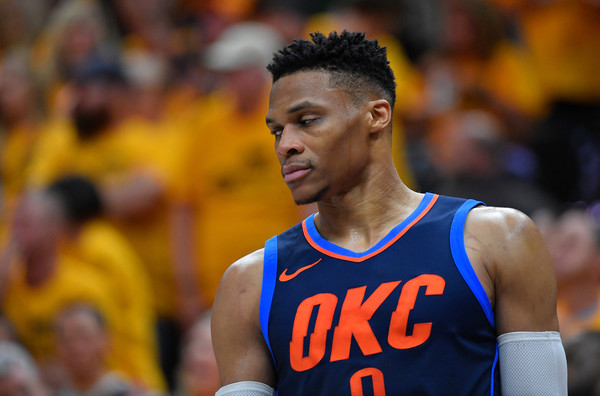