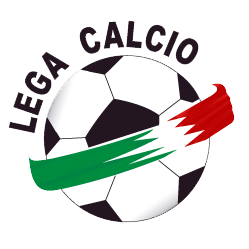 In Italy , Inter held a promising 7 point lead before this weekend began, and with Juventus going away to AS Roma while Inter played Reggina, it seemed like a 10 point un-erasable lead could be waiting for both teams at the end of the weekend, which would finally put any doubts about Inter winning the Championship to rest. So Juventus went to Rome on Saturday – here’s what happened:

Roma weren’t that bad as the result may hint. They did start the game well, with a few good chances in the first half hour, and even after Iaquinta opened things up for Juve in the 34th minute Roma were still in it and equalized early in the second half from  the legs of Loria, but from that moment on it was all Juventus. Another one from Iaquinta who seems to be in amazing form of late, ever since that game vs Chelsea, the third from Mellberg, his second of the season and the Final goal, a real beauty from Pavel Nedved, who scored his first goal for Juventus since January. Besides putting Juve 4 points behind Inter, the loss hurt Roma’s bid for a Champions League spot. When Sunday was over, Roma are 6th, 5 points behind 4th place Genoa, with 9 games to go. A tough job for Spalletti and his boys. On Sunday, Inter came to Reggina knowing they must win to push off Juventus’ pressure on them. Not much of a problem for Ibrahimovic and the rest, who made it look easy.

Quick two goals in the first 10 minutes, one from Cambiasso, his second goal of the season and the Penalty from Zlatan 10 minutes into the game pretty much finished off Reggina, and allowed Inter to put it into cruise control for the next 80 minutes. Zlatan added another one in the 58th, reaching 21 goals for Inter this season in League play, the best numbers of his career. It seems like April will be the deciding month of this title race. Inter come to Torino to play Juventus the 18th, but before that game they have to play at Udinese and host Palermo, two very tough outings. Juventus have Chievo at home next, relatively easy, but then travel away to face Genoa. Both teams will be waiting for the other to slip up.

On a pessimistic note, at least for Inter fans, Zlatan announced yesterday that he wasn’t sure about his future with Inter, feeling disillusioned due to the lack of success in European Competition with the club. The special one quickly replied with ” … No player is bigger than the club…”

If this turn of events can be taken seriously, who knows, but maybe it’ll have an affect on the remaining 9 games.