The Biggest Wins in the Premiership’s History 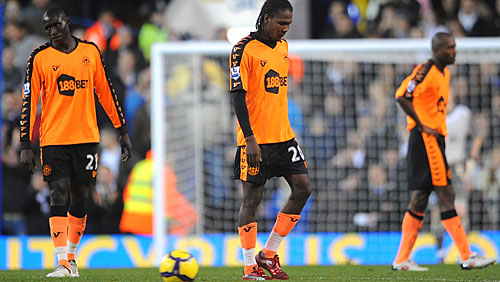 We take a look at the English Premiership’s history books, looking at the biggest wins and defeats and what did it mean eventually for the losing team. Right now Wigan are 15th, with 14 points and 3 above the relegation zone, but a crushing defeat like this could be disastrous in the long run besides the hell the players and manager must be in right now. 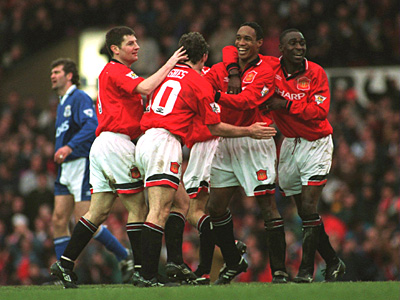 March 1995 – Manchester United beat George Burley’s Ipswich Town 9-0, as Andy Cole became the first player in the Premiership’s short history to score five goals in one game. Manchester finished second that season, while Ipswich finished dead last and were relegated. This is still the biggest win in Premiership history. 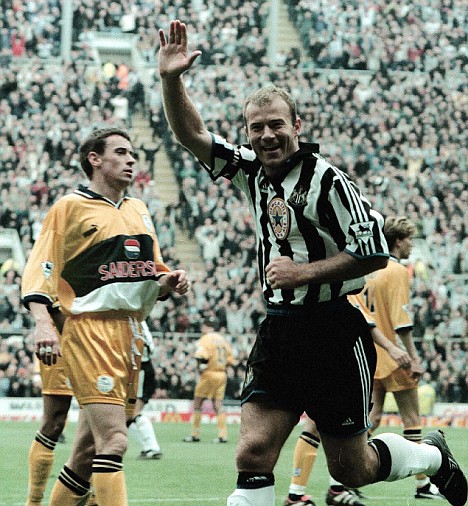 September 1999 – Newcastle beat Sheffield Wednesday 8-0, as Alan Shearer became the second player to score five goals in one game as Wednesday finished 19th that season under Northern Irish Danny Wilson, got relegated, and have yet to return to the Premiership. 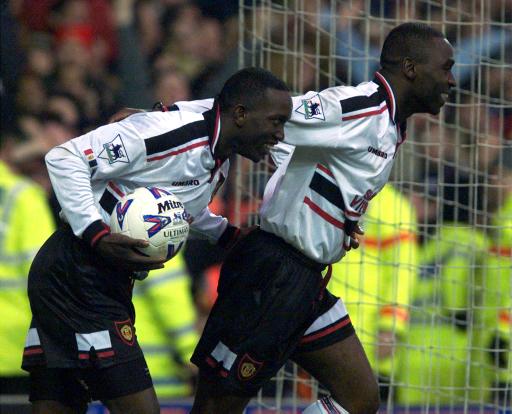 February 1999 – Manchester United again, during their treble season, recording the biggest away win in the Premiership’s history, an 8-1 demolition of Nottingham Forest. Ole Gunnar Solskjaer came off the bench and scored four goals in the final 10 minutes. Forest were relegated under Ron Atkinson’s watch and still haven’t returned to the Premiership. 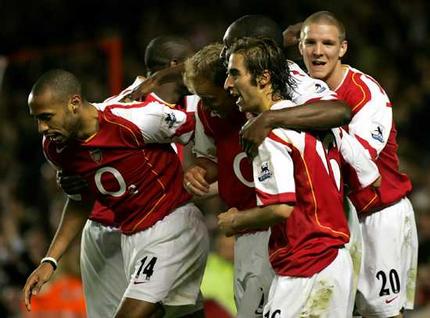 May 2005 – As Chelsea were winning their first out of two back to back, Arsenal rocked Everton 7-0 (not too far from this season’s opening scoreline), finishing second that season while Everton finished fourth(!!!). 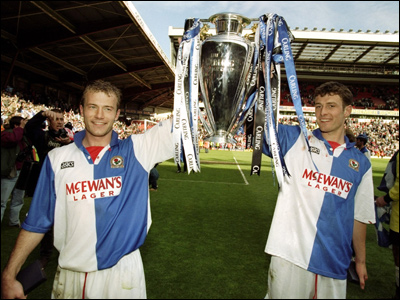 November 1995 – Nottingham Forest, again on the losing side. This time they didn’t get relegated, managing a 9th place finish under Frank Clark. Blackburn, coming off their historic title in 1994-1995, beat Forest 7-0, with Alan Shearer scoring a hat-trick. 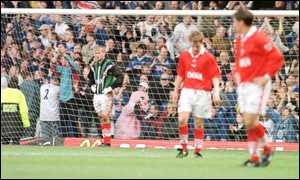 October 1997 – Manchester United again, this time a 7-0 win over poor Barnsley, who spent their only top flight season in the club’s history in 1997-1998. Andy Cole had a hat-trick as even Karl Poborsky scored against the Tykes. 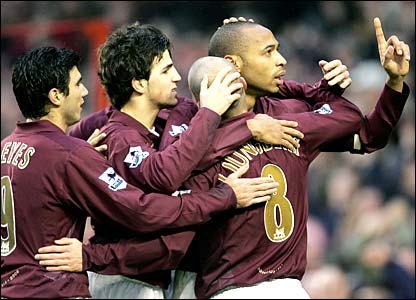 January 2006 – Another season when Chelsea won the title, but it was Arsenal who produced the highest scoring performance of the season, this time a 7-0 win over Middlesbrough. ‘Boro finished 14th that season as Thierry Henry netted a track.

One response to “The Biggest Wins in the Premiership’s History”