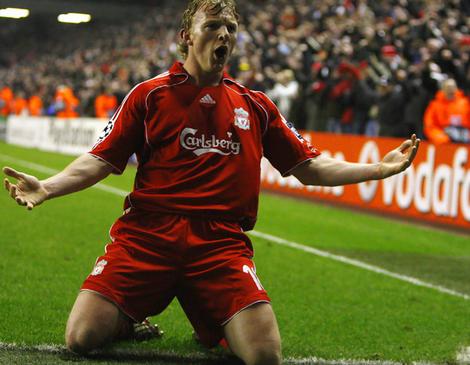 I’m Pretty sure Rafa Benitez expected much more of a fight from Newcastle’s players than what he got this afternoon at Anfield. Liverpool grabbed one of their easiest wins of the season with Dirk Kuyt setting up Yossi Benayoun for the first one 22 minutes into the game and then scoring one himself, 6 minutes later.

Newcastle looked like every game recently, just a bunch of over payed players walking around on the pitch waiting for the game to end. Alan Shearer looked desperate, almost motionless on the sideline, watching his team not looking much like anything actually.

Joey Barton got sent off after going in hard on Xabi Alonso and probably has finished the season and maybe his English Premier League career for that matter. Liverpool added a third 3 minutes before the whistle with Lucas scoring to make it 3-0. Xabi Alonso hit the crossbar twice and Steven Gerrard hit it as well in injury time, as the helpless and defenseless Steve Harper left the pitch probably feeling happy he finished the game with only 3 in his net.

Liverpool did what they had to, erasing Manchester United’s lead to 3 points, but Liverpool have 3 games left while United have 4, making it, like we’ve written here a few times, nearly impossible to dethrone the red devils from the first place so late this season.

Newcastle? They have 3 games left with the next one being a game for 6 points against Middlesbrough. The loser in that match can book his tickets to the Championship for next year, but there’s a good chance that no matter how that games end, still both teams will be relegated along West Brom when the season concludes. Is Alan Shearer satisfied now?