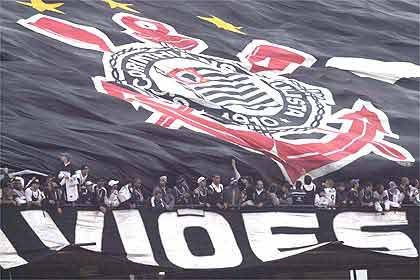 Corinthians made it official yesterday: They’re back in business. Finishing in a 1-1 draw with Santos, Corinthians won the Campeonato Paulista, or in simpler terms (but longer), the Sao Paulo State Championship after winning 4-2 in aggregate after the two legs (they won 3-1 last week).

Kleber scored in the 27th minutes for Santos and inspired new hope after their home defeat that pretty much killed their chances for the second leg, but a quick equalizer from Andre Santos in the 33rd minute made it 1-1 and paved the way for the festivities an hour later.

History reminder – Corinthinas are one of the biggest clubs in Brazil and in Sao Paulo, winners of 4 Brasileiros (The National Title) and as of yesterday winners of 26 Paulista titles. They were also the first winners of the FIFA Club World Championship back in 2000. They were the strongest team in Brazil during the late 90’s and early 2000’s, winning the national title in 1998 and 1999, state championship in 1995, 1997, 1999, 2001 and 2003.

A couple of bad seasons enabled Club President, Alberto Dualib, to convince the club’s advisers to sign a controversial deal with an international fund of investors called MSI, or Media Sports Investment. This deal gave the group control of the club for 10 years and they injected a huge amount of money into the club in Brazilian terms, enabling them to purchase the likes of Carlos Tevez, Javier Mascherano and more.

They won the national title in 2005, but soon after being eliminated from the Copa Libertadores the next year financial trouble started damaging the club. MSI were charged with using the club for money laundering and Kia Joorabchian, the head of the group, was issued an international arrest warrant.

Not to get into too many details, both him and Dualib are “persona non grata” at the club, as the fans blame them for team being relegated to the second division in 2007. However, despite the bad times Corinthians quickly turned things around, as the club won the second division title and gained promotion to the first division for 2009. In a clear and bold statement, they signed Ronaldo on December 9th, 2008 with intention of playing him in the State Championship. 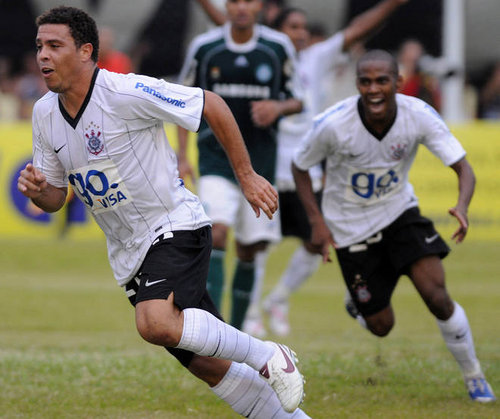 Ronaldo started playing on March, and has scored 8 goals in the 9 games he played, including two in the first leg of the State Finals, playing a pivotal role in Corinthians’ title win.

Back to present time – Corinthians are back and look to quickly re instate themselves among Brazilian Soccer’s elite, with hope that someone will pickup the check and erase the huge debt that club is in, courtesy of Dualib and MSI.

But until they have to face those problems again, here’s the clip from last night’s game and celebration, which had a little fire problem. No one was seriously injured so it’s all good.