Memes about Myles Garrett trying to hit Mason Rudolph with a helmet is the gift that keeps on giving. We’re almost 2 days removed from the Thursday Night Football incident, but people are still joking around (creatively so) about what transpired in the game between the Pittsburgh Steelers and the Cleveland Browns.

As expected the punishment came down swiftly and harsh on Garrett. The Browns’ defensive end is suspended indefinitely, meaning not more football for him this season, be it in the regular or the playoffs, it the Browns make it that far. Garrett will appeal the suspension, but the NFL being an organization that feeds off knee jerk public reactions is likely to reject the appeal.

Garrett wasn’t the only one suspended. Teammate Larry Ogunjobi got one game out for shoving Rudolph from behind during the scuffle. Maurkice Pouncey, who kicked Garrett after the latter made the helmet hit on Rudolph, will be out for 3 games.

In a league that keeps trying to show it cares about player safety, it was never going to be a punishment considering who started it all. It was about who did the worst offense from a visibility perspective, and that’s Garrett, hands down.

For the previous batch of memes on 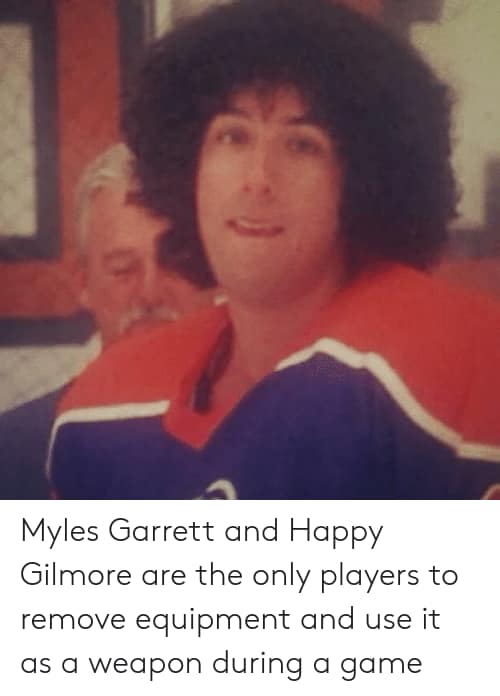 Except for Antonio Brown, this has been the biggest story of the season in the NFL. It will remain so unless Colin Kaepernick actually gets signed by someone.