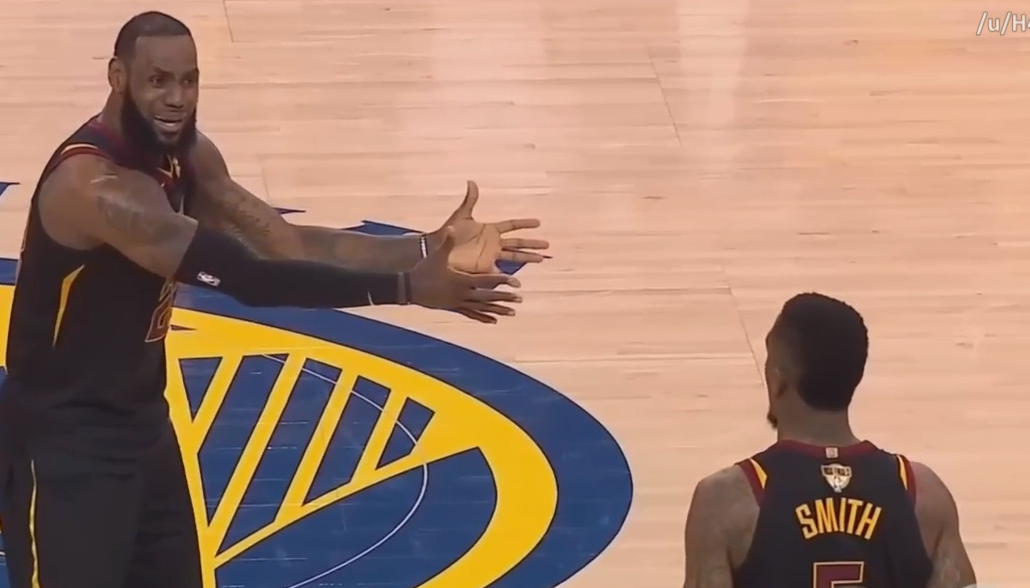 Thanks to perhaps the most boneheaded play in the history of NBA Final games, J.R. Smith earned himself a place in meme hall of fame – and he was quite a worthy inductee before his ridiculous decision to run out the clock instead of win the game.

Recap: With the Warriors up 107-106, George Hill goes to the line for two shots. 4.7 seconds left on the clock. Hill makes the first one, ties the game. Hill misses the second one. A lot of tall guys jump for it, but Smith is the one who grabs the offensive board, very close to the basket. Shoot it? Pass it? Na. He runs away from the basket while stunned teammates and rivals look flabbergasted. Eventually he gives up the ball to a player in the corner, but it’s too late.

It took the Warriors 4 all-stars, some shady officiating and one mesmerizing decision by Smith (reminding many of the Chris Webber timeout in 1993) to beat LeBron James on a historic performance, scoring 51 points while Kevin Love is the only teammate who functions offensively.

The Cavaliers had a shot at turning a series no one is giving them a chance in around. But Smith, thinking his team was in the lead, snatched the win away, while the Warriors dodged one serious bullet.