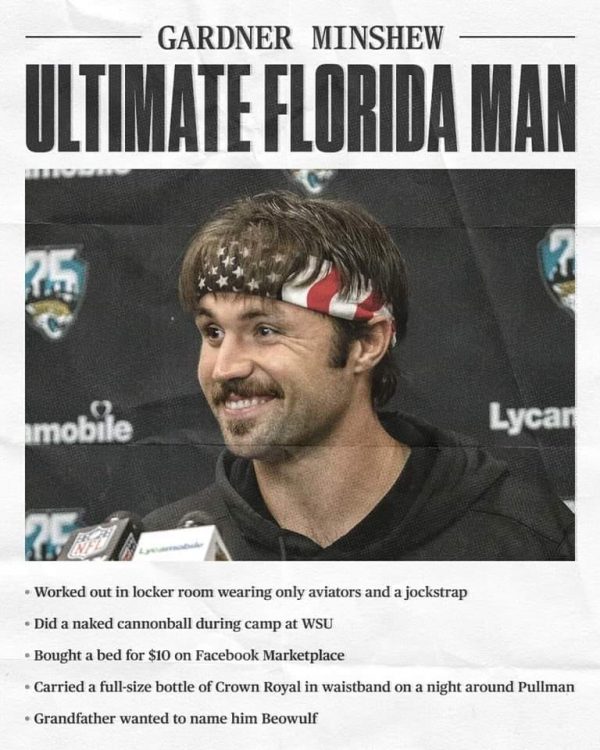 Right now, Gardner Minshew II is having his Willie Beaman moment, so it’s no surprise he’s lighting up the meme circuit as well.

Minshew now has his first NFL win under his belt, leading the Jacksonville Jaguars against the Tennessee Titans. Yes, it’s just the beginning, but it’s not surprising to see how the Jags are embracing any opportunity to rally around anyone who has the potential of being an offensive star. Maybe it means even more when the most notable player on the team in the last few years, Jalen Ramsey, is asking for a trade.

But it’s not just the ability for Minshew. It’s the whole package. It’s the mustache, it’s his Florida background, it’s his dad in the stands, and the USA bandana on his forehead. A cult hero in the making, although it’s way too early to determine whether he’s actually the QB the Jaguars have been waiting for since… well almost forever.

Considering the Jags’ next opponents are the struggling Denver Broncos and Carolina Panthers (on the road, but still), the legend of Gardner Minshew may reach new highs and notoriety before the struggles (which will surely arrive) begin. 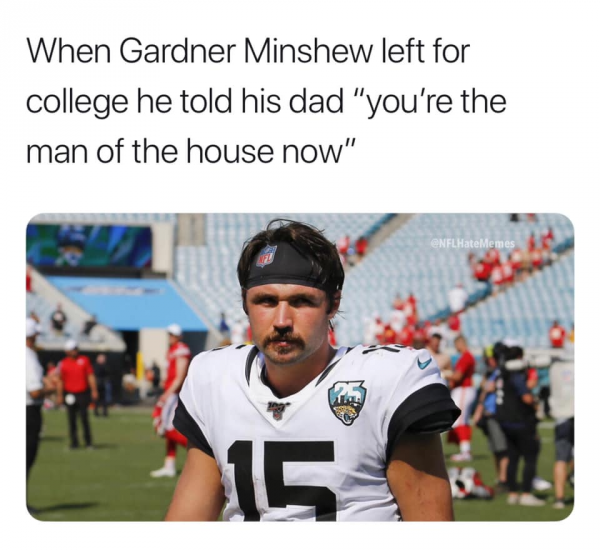 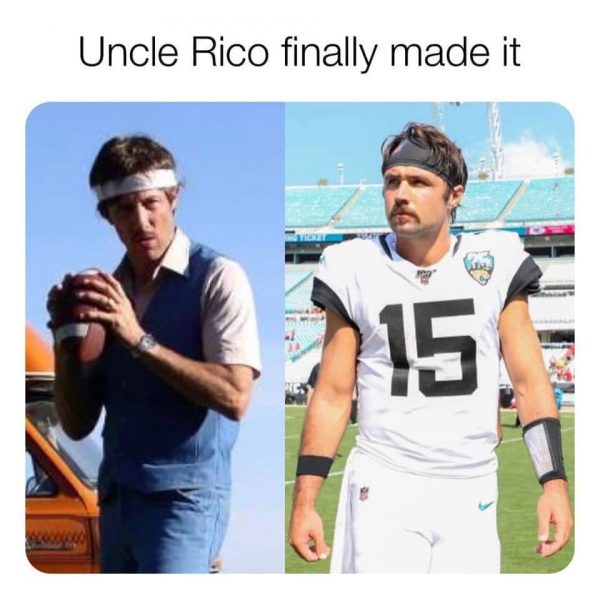 For more memes about a different Florida team (the really bad one), check out these about the Miami Dolphins. 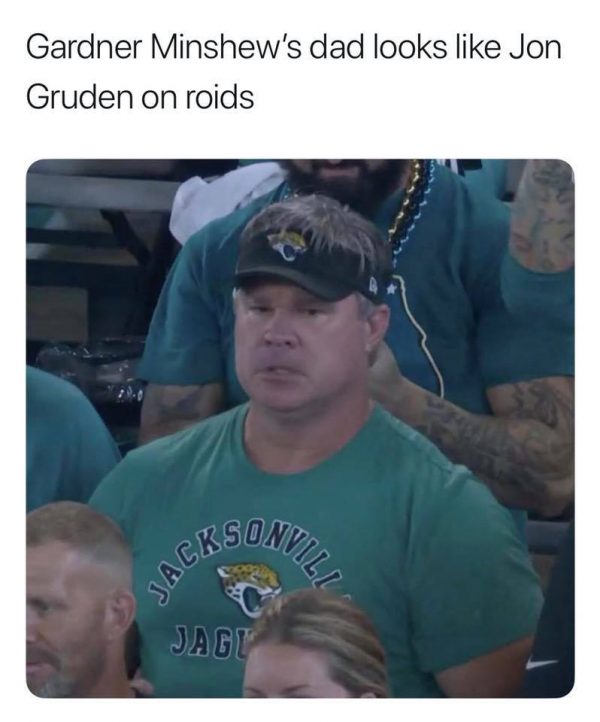 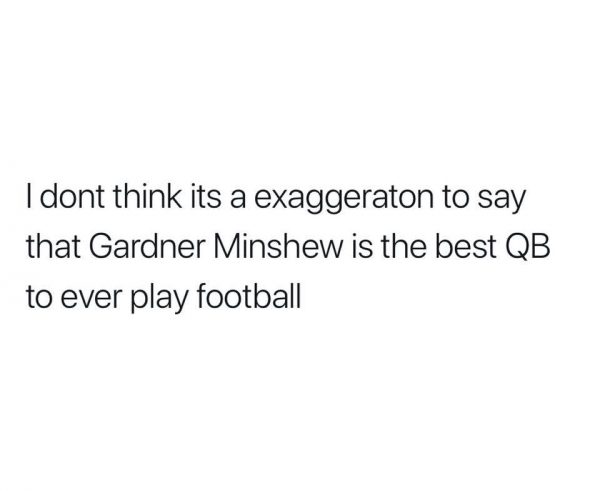 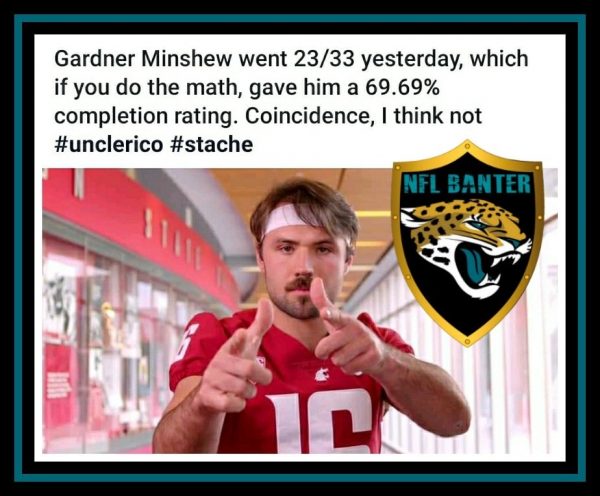