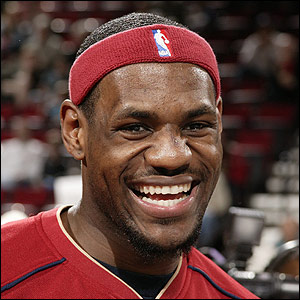 Another 4-0 win, another double digit win. This one didn’t come as easy at the first but Cleveland managed to do enough in the fourth quarter to get some separation from the Hawks and get the win that puts them in the Eastern Conference Finals.

Lebron? All is well with the MVP. 27 points, 8 rebounds and 8 assists. The usual. He’s averaging 32.9 points, 9.8 rebounds and 6.8 assists per game in these playoffs. Only Oscar Robertson managed to average 32-9-6 in a postseason, playing 12 games in that one. Can Lebron keep it up? My money is on Lebron.

Delonte West added 21 points on a night where the Cavs struggled from the field, only 42.9%. The Hawks did much worst, with 31.5%. Josh Smith scored 26 points, Joe Johnson scored 18 but that was pretty much it. Atlanta don’t have anything to sell against the Cavs on offense and defense, and should be happy they made it this far.

Cleveland now can rest before they get Orlando or Boston in the conference finals and maybe even thinking a bit about the West and if anyone can knock Kobe and his Lakers from their path to the Finals.