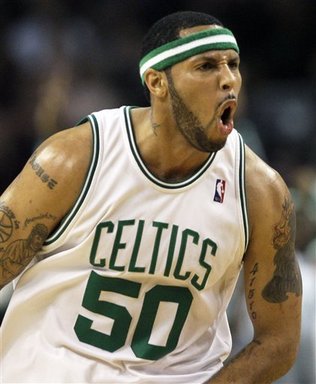 On a night in which Paul Pierce scores a career playoff low 3 points you’d expect the Celtics to have some problems, wouldn’t you? Boston have been surviving these playoffs so far with Pierce not doing so great, and they tied the series with Orlando at 1 a piece last night without him, winning 112-94 and led by 26 points at a certain point.

Eddie House exploded off the bench with a game high 31 points and Rajon Rondo got his third triple-double of the playoffs with a nice 15 points-11 rebounds-18 assists combo. Ray Allen added 22 in a game the Celtics pretty much dominated from the get go. 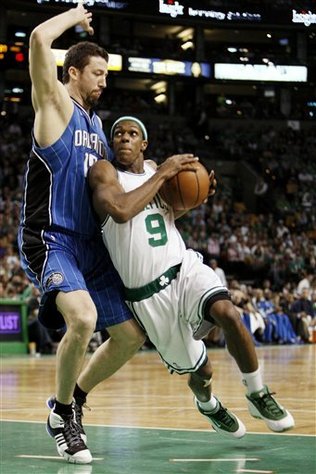 The Celtics hit their 3’s (9 for 20) and controlled the boards (41-34), and that usually wins you games. They were able to limit Dwight Howard to only 12 points, and J.J. Redick was the only one with a hot hand on the Magic (4 for 6 from three point range) while Rashard Lewis and Hedo Turkoglu never really got things going. Orlando also had a very poor night from the line, hitting only 24 of 37, with Dwight Howard going 2 for 8.

I dunno if House can have nights like this every time, or if he’ll even have something like this again in these playoffs but Glen Davis and Perkins’ work on Howard is the key to controlling and repressing the Magic. Can they keep it up in Orlando? They need Paul Pierce in much better playing form, but it’s hard to believe he’ll score only 3 points next time. From this game, Orlando Magic should be worried. Dwight Howard needs some help.